How to Treat White Spots on Your Teeth 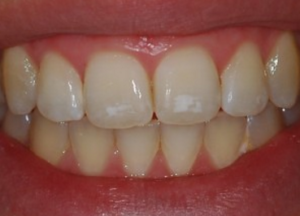 Do you notice that you have white spots on your teeth? You may notice these spots after your braces are finally removed, but don’t worry. They are common and can be easily treated with our teeth whitening treatments, including the new Zoom 2 treatment.

White spots can be caused by several things, but if you were wearing braces, it was most likely caused by demineralization. This happens when dental hygiene is not undertaken properly, which admittedly can happen when you’re wearing braces.

When you wear braces and don’t brush and floss carefully, a sticky film of bacteria called plaque accumulates on the tooth. This plaque eats away at the calcium on the tooth and leaves white spots, or opacities. Another reason for opacities is fluorosis. This happens when a young child gets too much fluoride while their permanent teeth are still forming. Sometimes the symptoms of fluorosis are so mild that only a dentist can detect them or so severe that they put a tooth at risk for decay, make it sensitive to heat and cold and hard to numb during dental procedures.

The Zoom 2 treatment is performed at the dentist’s office after a consultation to make sure that the patient is a good candidate for the procedure. Before the treatment, the patient has a regular cleaning. The dentist then fits the patient with a dental dam and paints on a whitening gel made largely of hydrogen peroxide. This gel is left for about 15 minutes. A special overhead light is aimed at the gel, and its ultraviolet light breaks the gel down. This lets oxygen penetrate the enamel and the dentin beneath it, which bleaches the teeth. The entire teeth whitening treatment usually lasts less than an hour.

The dentist’s instructions to the patient for post-operative care include avoid eating or drinking strongly colored or staining foods or beverages for at least 48 hours after the Zoom treatment, and taking NSAIDs like ibuprofen every four hours for the first two days if teeth are sensitive.

Here Are the Best Ways to Treat an Overbite or Underbite
How Can I Make My Teeth Whiter?
5 Reasons to See an Orthodontist This Year
How to Boost Your Health with Orthodontics
Easy and Attractive Ways to Straighten Your Teeth

You’re Just a Few Clicks Away from Your New TenBrook Smile! 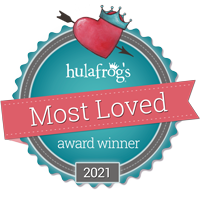